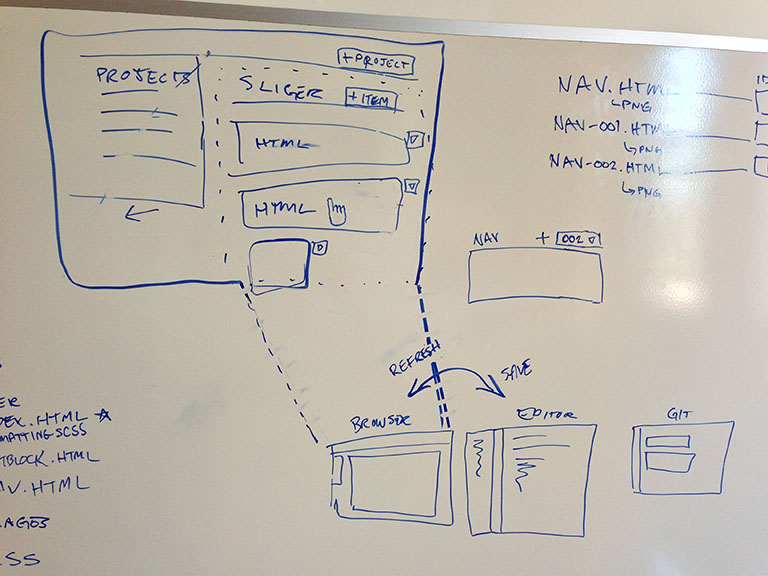 Ugh, we can’t use web fonts in InDesign

We’re big fans of web fonts and rely heavily on Typekit and other font services in our products. Unfortunately, web fonts are, by nature, limited to the web and can’t be used on the desktop in InDesign or Photoshop. This makes it somewhat difficult to design an entire product using a font we don’t own a physical copy of.

You may know that Adobe aquired Typekit back in 2011. Adobe has been working on a solution to sync fonts from Typekit to the desktop (“Creative Cloud”) to be used in mockups. While this is a vast improvement on what’s currently possible, we feel that there are some drawbacks:

You may also be aware of a service called Typecast. We used this for a bit and liked it, but over time found it to be somewhat cumbersome with our workflow and feel there are some drawbacks:

We’re hackers, so we set out to solve this pain point for ourselves. Our tool, called Character, is a simple app that lets us manage typographic components for projects using fonts from Typekit and other services. It works in a browser, and here’s what it does:

Character is based on a simple Sinatra app using the HTML5 Boilerplate, Compass, CoffeeScript and Sprockets. I used l3ck’s sinatra-boilerplate as a starting point and it works fantastic.

All components can be “versioned” through a naming scheme (nav-001.html, nav-002.html) so multiples of the same component can be linked in the mockup.

There is no database. Instead, we opted to use a directory that you create on your machine to populate projects. A separate folder of projects is checked into git and can shared with the entire team easily. This directory is isolated from the application itself and only includes components and styles used for the mockup, and later in the project’s application.

Inside the app, each component is loaded in an iframe with its own styles defined from the project.

Not quite done yet…

The app is still in progress and has no visual design, but we’re working on it!